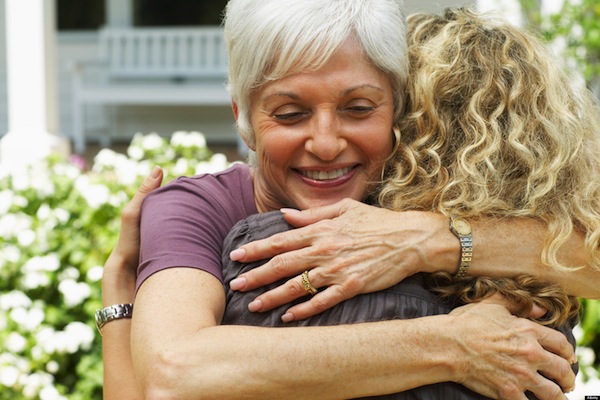 Another Father’s Day will be here before you know it. Many people will be celebrating the day with their father or remembering those that have already passed. Fond memories from childhood will come to mind and bring smiles to their faces. I envy those that have had a loving father in their lives. That unique and loving bond between a father and child is so precious. I hope that those who are fortunate enough to experience that relationship appreciate every moment they have together and realize how blessed they are.

For me, Father’s Day is very awkward because while I do have a father that is still on this earth, he is not part of my life. My parents divorced when I was 5 years old. In the wake of this, my mom, sister and I moved from South Carolina to Texas. I still remember my grandparents picking us up in their car and riding all the way back to Texas nonstop. We initially stayed in 1 bedroom of my grandparents’ house. There was a double bed in the room that my mom and sister slept in. I was the smallest so I kind of migrated to whatever space was available. Sometimes it was on a pallet on the floor, the couch, the spare bed in my great-grandmothers room (she snored really loud), or even in the bathtub. It wasn’t a bad arrangement and I remember being happy. It took about a year before my mom was able to get an apartment where, again, we all shared a bedroom and I finally had a real bed to sleep in that I shared with my sister. It was great. It took growing up and having children of my own to understand the sacrifices and hardship that my mom went through to raise my sister and me on her own.

My dad had no involvement in our upbringing and paid no child support at all. He was an alcoholic and most likely didn’t keep a job long. I don’t remember a time that he called or sent cards or letters. He was just kind of gone. However, I remember hearing my sister crying about missing daddy. I just didn’t get it. Perhaps I was too young and hadn’t formed the bond that she had before we moved. I don’t even remember him being around much prior to that and I don’t have any good memories from my childhood about him. There are a few embarrassing and unpleasant memories but mostly it’s just a big blank.

After the birth of my first child, my aunt let me know that my father had maintained sobriety for a few years and would like to talk. I knew enough about 12 step programs that he wanted to make amends and I would not deny him that opportunity. Eventually, I went to South Carolina and we reunited. I had never really thought about him as “Daddy” so I didn’t know how to relate to him much less what to call him. I settled on calling him by his first name. I was in my 30’s and it was all quite awkward. He was a stranger to me but I wanted to find out if a relationship could grow since he was indeed my father.

For many years our interactions consisted of occasional phone calls and visits which left me emotionally exhausted. Christmas presents and birthday cards were exchanged. The weather, his health and news about various family members were all discussed but there was no palpable connection. You can try to pretend it’s there but eventually, you realize that the deep bond that is formed between parent and child is something that begins with the unconditional love a parent feels towards their child and grows through the ongoing presence they have in the life of that child during important life events. As a parent, I know and understand this. In fact, I have no doubt that the bond between a mother and child begins even before birth.

When I broke the news to my father about my impending divorce and financial stress, he was completely devoid of emotion. It was odd. He muttered something along the lines of oh, that’s too bad but it happens to a lot of people. Sadly, it was an opportunity to bond that passed by unnoticed by him. It was a time that he could have stepped up and acted like the father that he was. My disappointment in him was difficult to bear along with all of the other things that were falling apart in my life. I think at this point I finally realized that the “relationship” was a farce. When it came time to respond to the needs of his “child”, he had nothing to offer. I had to face the fact that this wasn’t healthy for me and let him go. 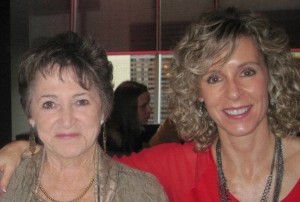 The person for me that deserves to be recognized on Father’s Day is my mom. She has always been the one and only parent in my life. She has filled the roles of both father and mother all of these years so for her, Happy Father’s Day! Thank you for always being there for me with love and support, and instinctively knowing when I needed it the most. I love you!